Belonging to the Arabian Horse Association and traveling to shows around the country is a great lifestyle we invite you to share!

Our owners come from various backgrounds and regions with stories to tell, wisdom to share and a common ground of loving this great breed. We see each other’s ads in the magazines and it is like a dream come true to get to the shows and see these fabulous horses in real life.

We salute our owners who are living their dreams, over coming challenges and always putting their game faces on for another horse show! If you are new to Arabian horses, enjoy our owners’ stories… we hope you will join us! 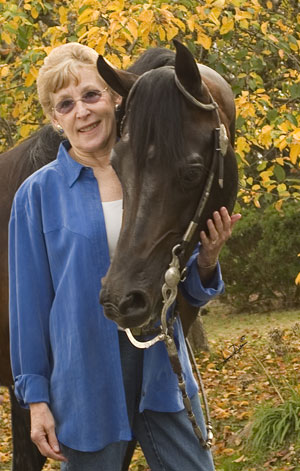 Roberta Dixon with Mark of Shai

Jesse and I have been doing business together since 1990. People have asked how we met and what has kept us together in an industry with so much turnover. It is a bitter/sweet story.

I met Jesse when he worked for Dougherty Arabians where I was leasing a pleasure horse. When I reached a point in my life that I could buy my first horse, I asked Jesse to help me find  him.  I wanted a 6 or 7 year-old Khemo gelding appropriate for trail riding and wanted to spend no more than $6000.

While on a ranch call, I saw a bay horse and I instantly fell in love. So instead of my Khemo gelding, I bought a 4-year old Desperado V filly, Amanda Blake, a show horse at double my budget. I was a green rider with no show experience and she was a green show horse. A winning combination! But, at our first show, I won a first in my class the first time in the ring. This seemed like a piece of cake. But life has a way of pulling you up short.

Amanda got into an accident where she severed her hind suspensor ligament. Jesse immediately helped me get her to UC Davis, where they recommended that she be put down. They felt the 9 to 12 month rehabilitation was far too  tedious and complicated for a novice owner to attempt and too expensive to be done at a medical clinic. However, she was my first horse and I couldn’t let her go. Jesse said that he would do whatever it took to help me treat her. So our journey together began. It started with daily dressing changes from her hip to her hoof.

During the months of dressing changes, it was imperative that she not move or put weigh on her leg. The special splints  to stabilize her leg causes sores so we were always fighting infections. Then followed many trips to UC Davis for sonograms and special shoes, first to keep her heel elevated and then to slowly lower it. Hours of hand walking a frisky 5-year old, which on many days was more than I could handle.  I couldn’t have done any of this without Jesse.

About a year later and more trips to Davis than I care to remember, she was literally back on her feet. I only sat on her once after the injury but we did breed her. And she produced a lovely foal. My first sale! However, the circulation in her leg never returned to normal and 3 years later, I had to put her down.

But Jesse, Amanda, and I had forged a bond that was based on trust, hard work and dedication. Jesse was always there for us and never let us down. Those are very rare and very special qualities. So why wouldn’t I be here years later.

And, that was just the beginning of our journey. But that’s another story. 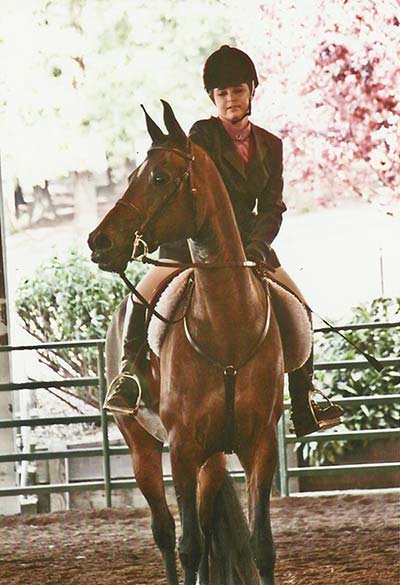 Myrlan and I have two horses: Ravvens Azeem (Bob), a 20 year old half Arabian/Saddlebred Gelding and Echo’s Legacy (Sparky), a 10 year old purebred Arabian Gelding. Over the last three decades, we have enjoyed some success in the show ring with the help of some excellent Arabian trainers. Five years ago, we acquired Echo’s Legacy (Sparky) from our dear friend and co-founder of D.A.H.A. Betty Vinson. After some “Home schooling” and at the suggestion of people who know, we took sparky to Jesse Saldana and experienced what a GREAT trainer can do! Last year, we brought Azeem out of retirement and at 20 years old, Jesse has given him a new lease on life.

We are now enjoying some of the “bucket list” achievements with both our horses.

Thanks to Jesse, Juana, and the crew at Jesse Saldana Training!