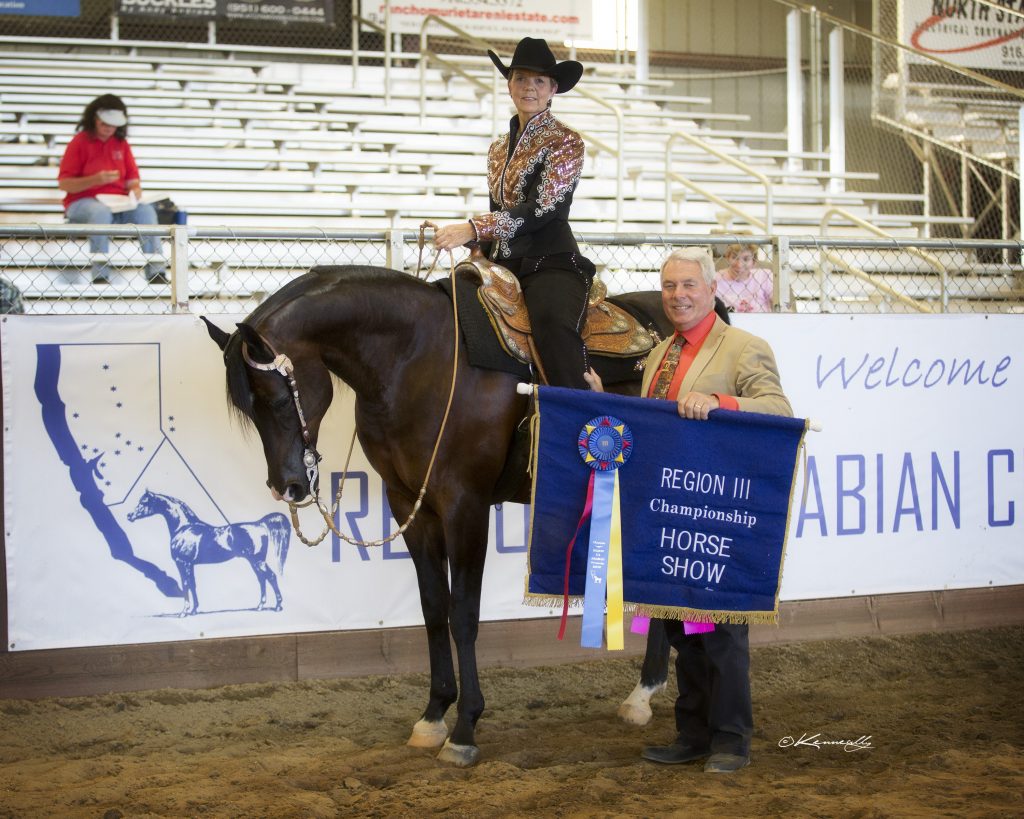 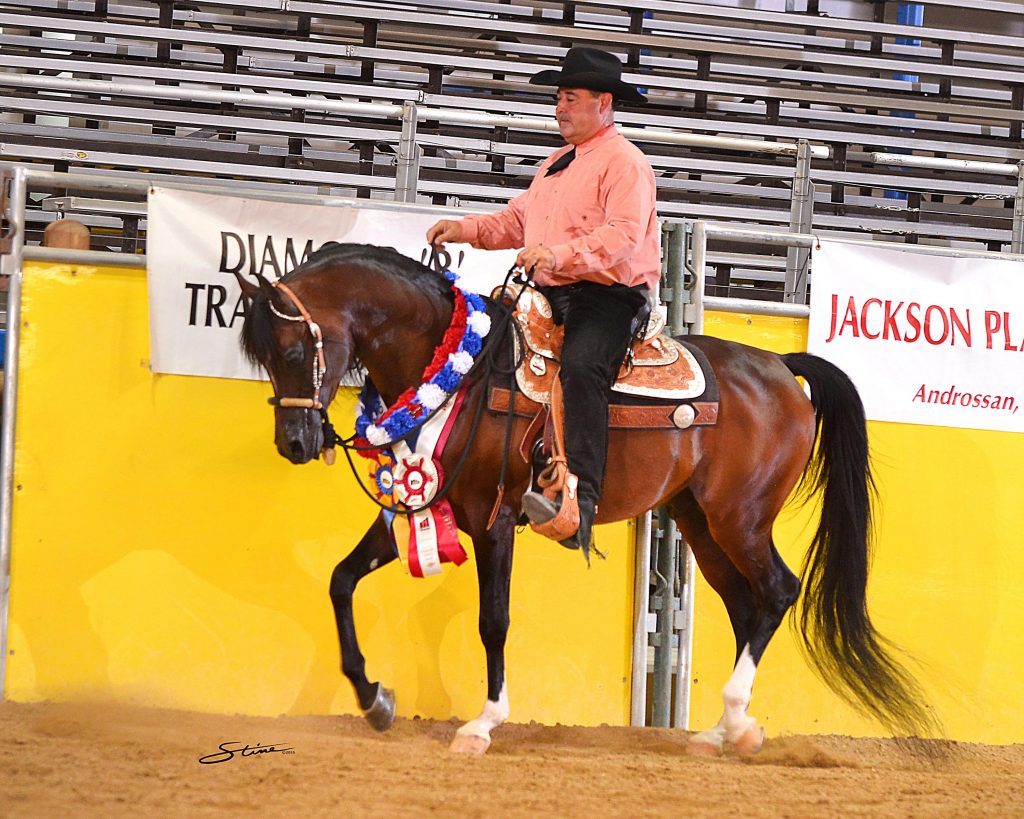 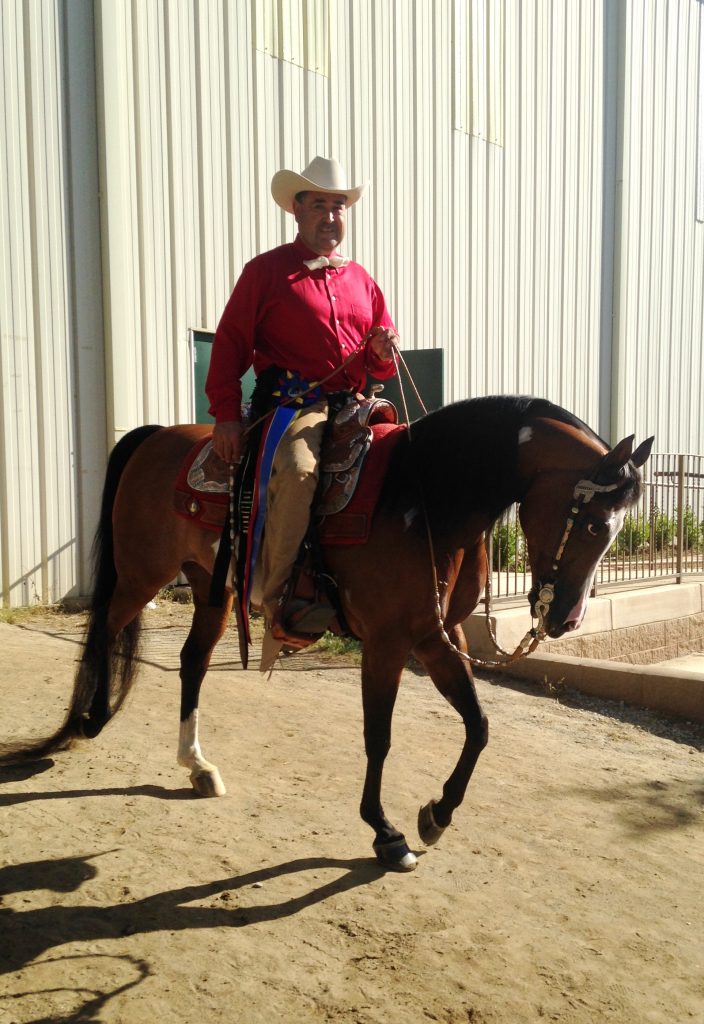 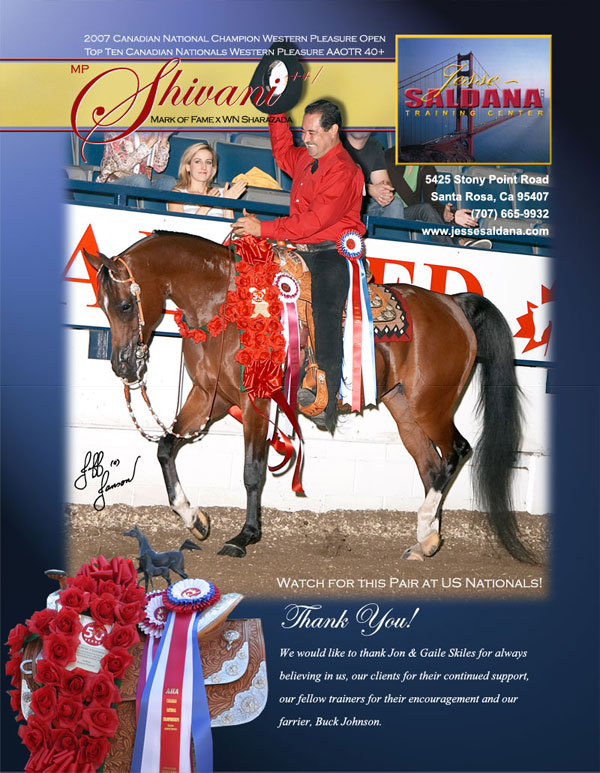 There is no thrill like winning a national title! 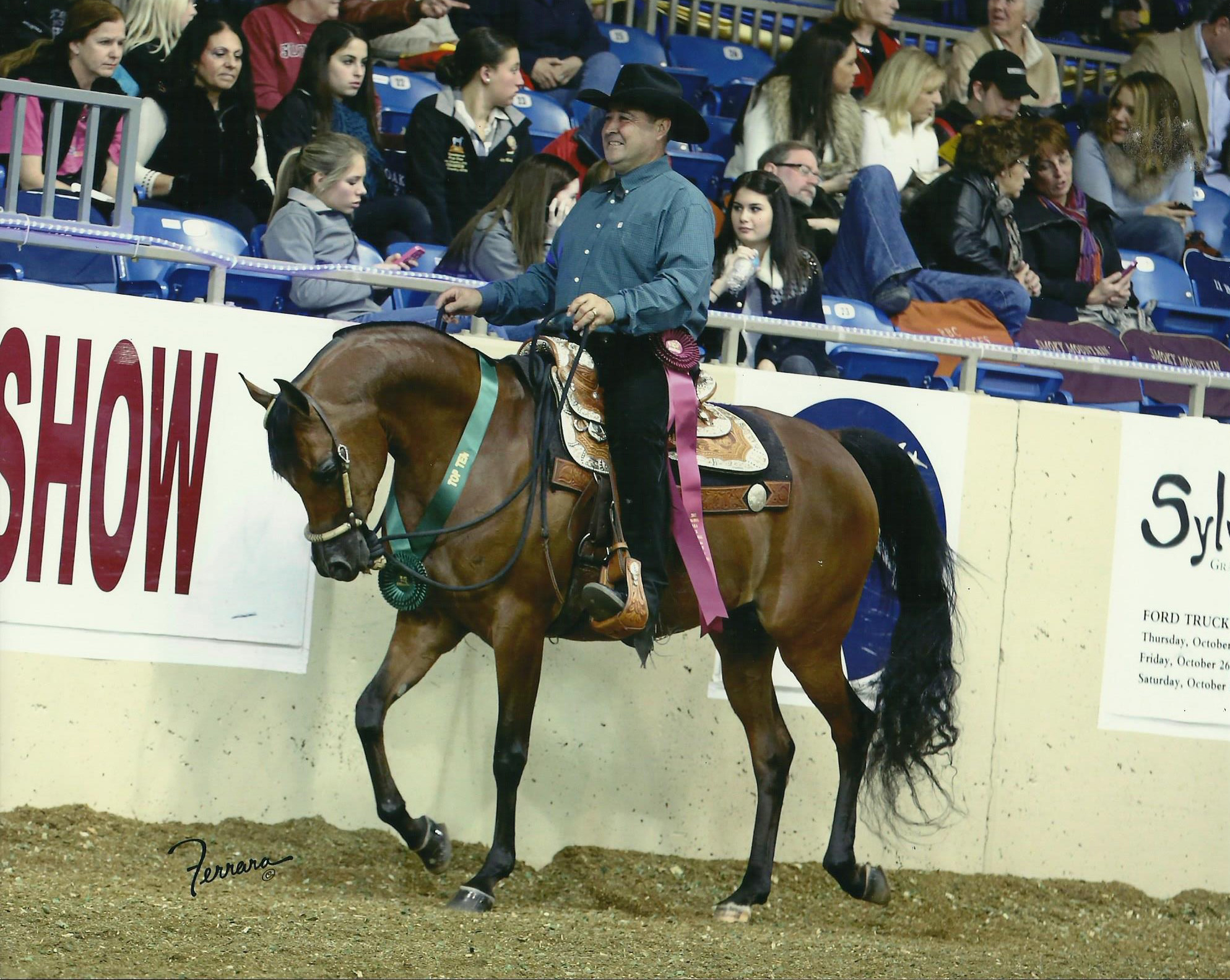 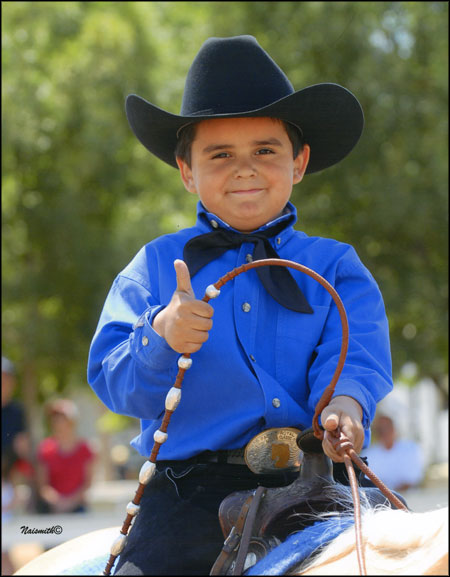 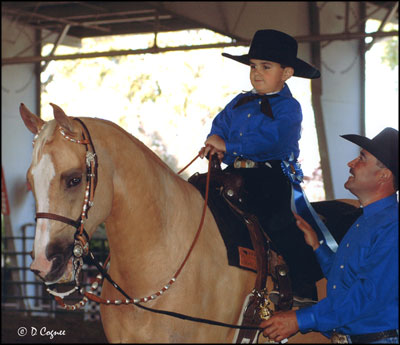 Jesse Giovanni on She’s A Rich Girl in the Lead Line Class. 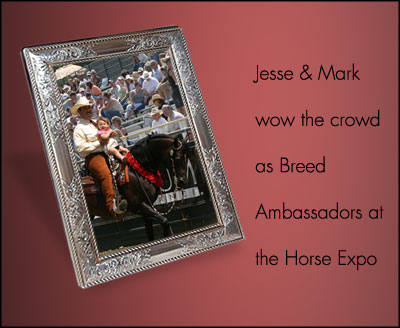 TIP FOR NOVICES: Western Pleasure is a large, popular division
and it is challenging to win these big classes.
It looks easy but don’t be fooled!
To win at the National Level the horse and rider have to be nearly perfect –
no mistakes, and present with a pleasing appearance.
The fun of owning a western pleasure horse is illustrated at above,
with Jesse confidently holding an infant while riding the stallion Mark of Shai.
This is pure Saldana magic, he has such a bond with Mark that he can trust him –
notice the drape in the reins. The previous night Jesse loped serpentines without
using reins before a cheering crowd of 5000.